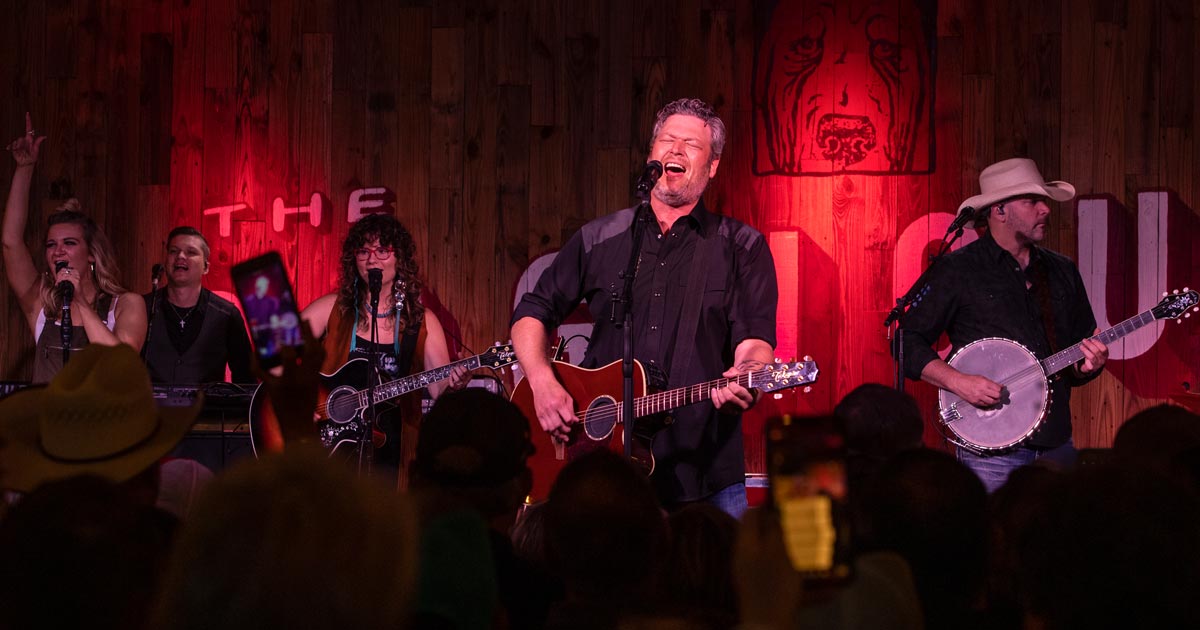 When Blake Shelton got the idea to open Ole Red, he thought first of his native Oklahoma. The neon lights of Nashville’s Lower Broadway would soon call, but Shelton’s first order of business was to give back to his adopted hometown of Tishomingo, remembering his early days as a performer when a venue in nearby Ada ignited his love for music.

As a teenager, Blake performed regularly at Ada’s McSwain Theatre, a 560-seat venue in a town with a population shy of 18,000 people. It was on McSwain’s stage where he’d realize his big-time dreams that inspired him to pack his bags for Music City at age 17.

“It was probably the actual reason that I ended up pursuing country music as a career,” Blake says of McSwain Theatre.

Now with 26 No. 1 songs to his name and sights set on opening Ole Red’s fourth location in Orlando next spring, Blake reflects on why he opened Ole Red’s first location in Tishomingo, which will celebrate its second anniversary later this month.

Since opening in 2017, Ole Red Tishomingo, which hosts live music four nights a week in its adjoining music hall The Doghouse, has become the spot for entertainment in town. But that’s just a part of Blake’s bigger vision: Giving local artists a top-notch stage to play on.

“The Doghouse is creating the opportunity of a lifetime, even if it’s just for one kid out there somewhere. You can look back and go, ‘Oh wow, I got invited and I got invited back again and again, and realized I wanted to pursue this,’” Shelton says. “If that happens — and I’m sure it will — it’s going to make all of this worth it.”

Since Ole Red Tishomingo opened, dozens of artists have played on its stage — including Blake himself, who likes to hold pop-up performances and bring along friends like Luke Bryan. The location has brought more than 60 jobs to the community as out-of-towners travel from faraway places like Japan and Germany to see what the Ole Red is all about.

It’s been a heck of a two years in Tishomingo, and the party will keep rolling with multiple shows this fall, some of which have yet to be announced. Craig Wayne Boyd, Season 7 winner of the The Voice; singer-songwriter T.G. Sheppard; and Gyth Rigdon, a finalist on Season 16 of The Voice, will all perform at The Doghouse within the next month.

Ole Red Tishomingo will also feature special menu items for its anniversary from September 27 to October 5. Bring your dancing shoes for the Saturday Night Shindig on September 28, and don’t worry about the cover — this one’s on Blake for a great two years!