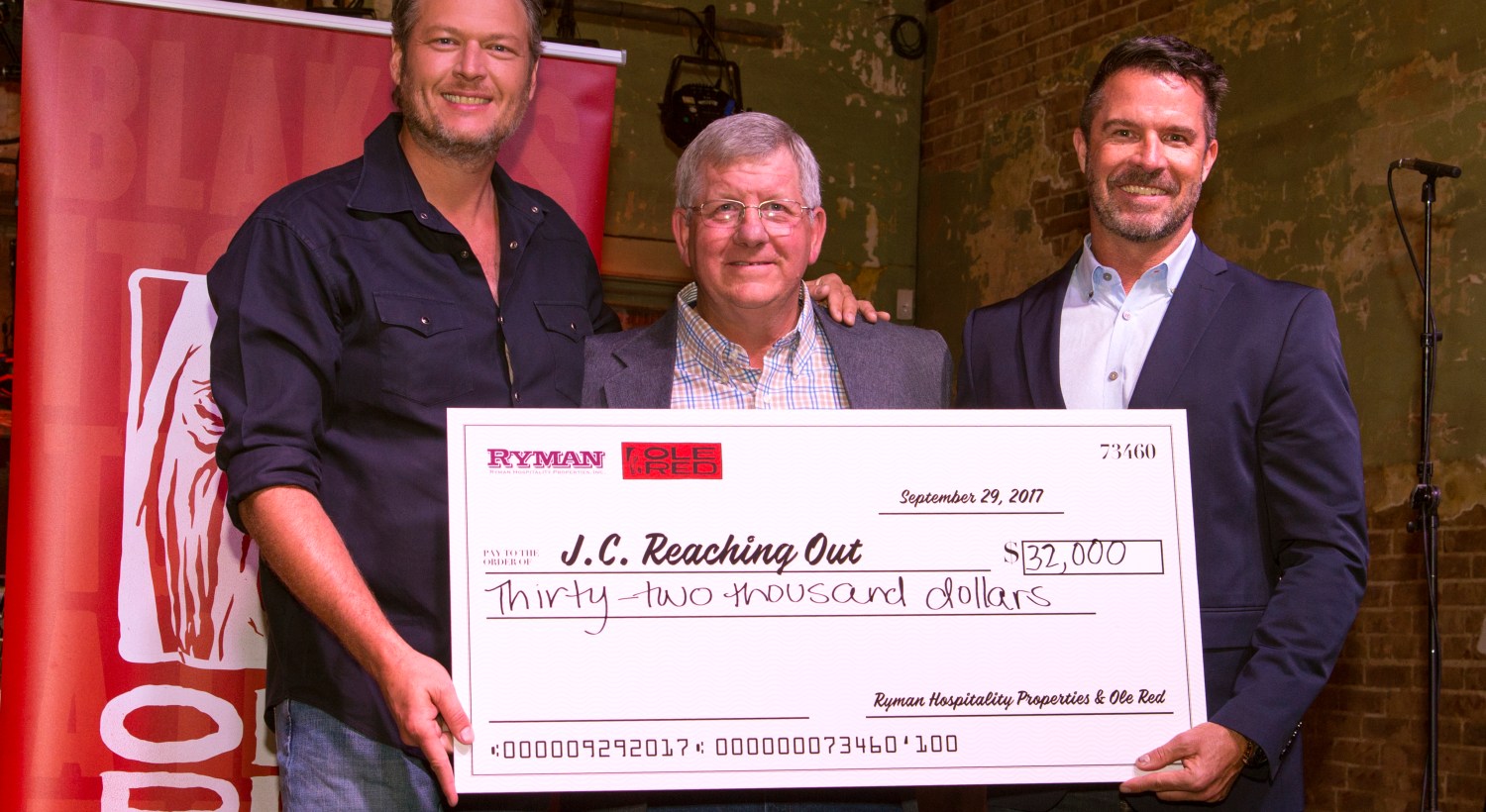 Tishomingo, Okla. – Ryman Hospitality Properties partnered with country superstar Blake Shelton in a press conference this afternoon to kick off the grand opening of Ole Red Tishomingo, a restaurant, bar and live music venue inspired by Opry member Blake Shelton’s hit song “Ol’ Red.” With funds raised from a private performance set for this evening at the venue, Shelton presented $32,000 to Carl Atteberry of J.C. Reaching Out, which provides financial assistance to family members of people battling cancer.

The grand opening celebration in Tishomingo builds upon the anticipation of a second location, Ole Red Nashville, a multi-level 26,000-square-foot entertainment venue in the heart of Nashville’s famed Lower Broadway, which is set to open in spring of 2018.