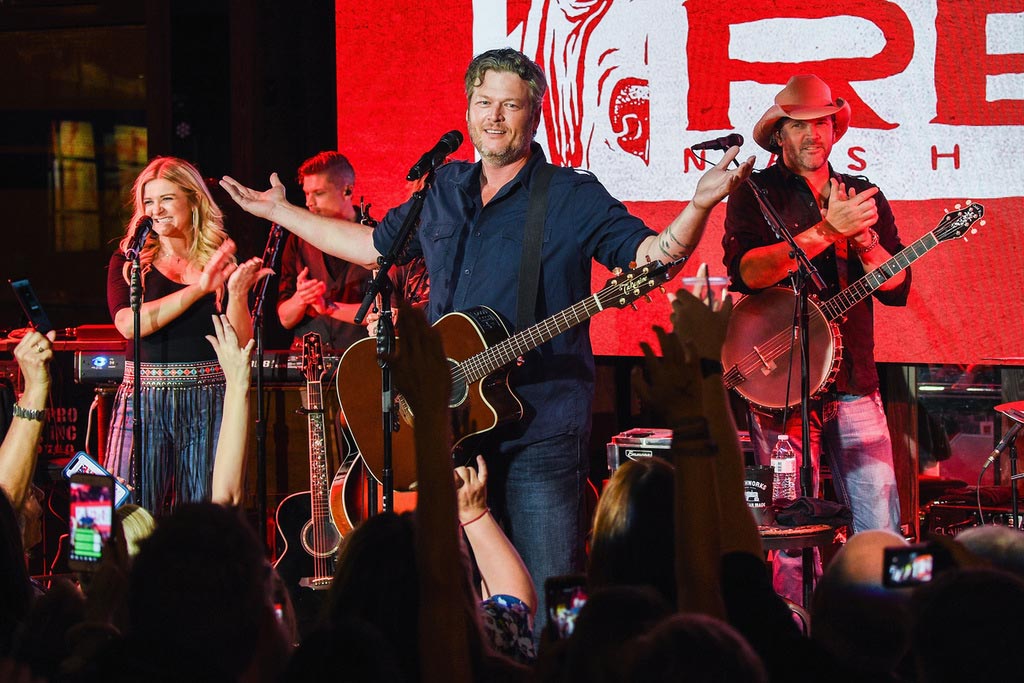 The grand opening celebrations began with Shelton co-hosting the fourth hour of TODAY with Hoda Kotb. “This is happening! This is real! We’re really here!” exclaimed Shelton as he and Kotb took their seats on Ole Red Nashville’s stage.

As Kotb and Shelton reminisced on memories made together over their years of friendship, the artist broke out a guitar to serenade Kotb and the audience with a verse of the new establishment’s namesake song, “Ol’ Red.” The co-hosts chose to forgo their traditional glasses of wine for Ole Red Nashville’s signature cocktails, Tishomingo Sunset and Cumberland Punch.

Later that evening Shelton performed “Turnin’ Me On,” a song from his current album Texoma Shore from Ole Red Nashville’s rooftop bar, The Lookout, on the CMT Music Awards. Shelton won two awards at the ceremony including the night’s biggest award, Video of the Year for “I’ll Name The Dogs.”

Shelton closed the show with a collection of his hits mixed with 80’s and 90’s country classics, including George Strait, Conway Twitty and Rhett Akins. “I can’t believe this actually happened” announced an ecstatic Shelton as he thanked the crowd.

Ole Red Nashville is now officially open to the public, with operating hours of 11 a.m. to 2 a.m.

Fans who missed Blake last night can purchase tickets to his double show at the Grand Ole Opry tonight.

Everyone is invited to join in on the fun as celebrations continue all week long with live music programming presented by Spotify.

Check out the full, talent-packed lineup! →