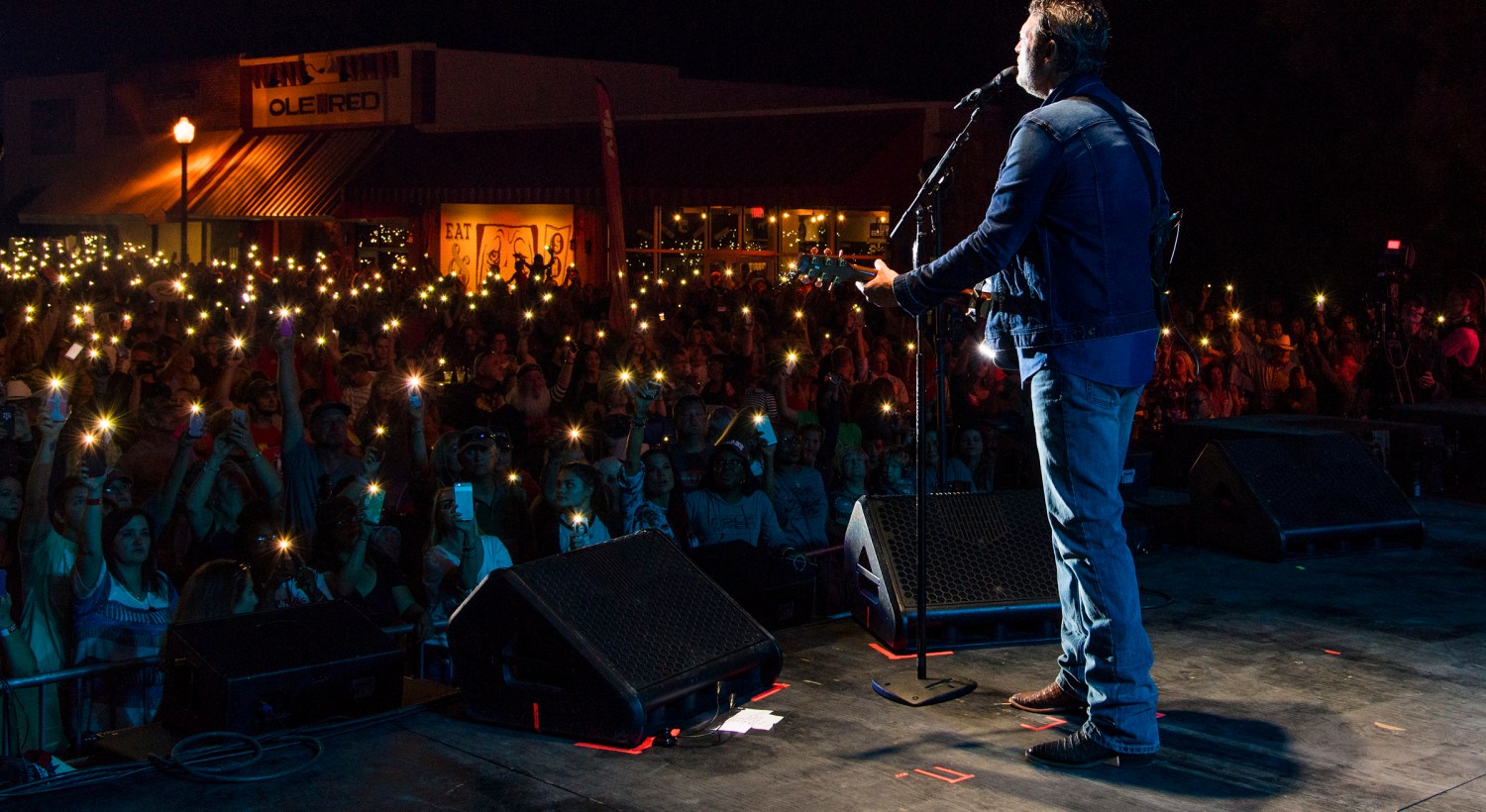 TISHOMINGO, Okla. – Ole Red Tishomingo will celebrate its second anniversary next month, marking the occasion with performances at The Doghouse at Ole Red Tishomingo by Craig Wayne Boyd, season 7 winner of “The Voice,” on Friday, Sept. 20, and country music singer/songwriter T.G. Sheppard on Friday, Sept. 27. Tickets go on sale at olered.com this Friday, Aug. 23, at 10 a.m. CST for Boyd and Saturday, Aug. 24, at 10 a.m. CST for Sheppard.

The upcoming performances by Boyd and Sheppard are two of many to hit Tishomingo since its opening in September 2017. John Conlee, Ronnie Milsap, Jeannie Seely and season two Team Blake member from “The Voice,” RaeLynn, are just a few stars to have brought unforgettable entertainment experiences to town. Calling Tishomingo home, Shelton has also been known to make surprise appearances when he is in the area. Just last May, he returned to celebrate the grand opening of Ole Red Tishomingo’s music hall and events venue expansion, The Doghouse at Ole Red Tishomingo. Shelton’s friend and country superstar Luke Bryan was also onsite to break in the new venue with an intimate concert for fans.

Over the last two years, the Ole Red brand has grown to include locations in Nashville and Gatlinburg, Tennessee each featuring a mix of Southern favorites, regionally unique menu items and specialty cocktails. A fourth Ole Red is expected to open in Orlando, Florida late spring 2020.

From Tishomingo to Music City, all Ole Red locations welcome local performers, burgeoning artists and superstars alike. Whether providing a platform for contestants from NBC’s “The Voice” like Pryor Baird, Spensha Baker, Sundance Head and The Swon Brothers or welcoming legends such as Tanya Tucker and contemporary artists like Little Big Town and Lil Nas X, Ole Red’s stages are always itchin’ to have a little fun.

For more information about upcoming events at an Ole Red near you, stay tuned to olered.com.

About Ole Red
Ole Red is a lifestyle and entertainment brand inspired by Blake Shelton’s clever, irreverent third-chart hit, “Ol’ Red.” You can currently find Ole Red entertainment venues and products in three locations in the United States, the flagship multi-story bar, restaurant and entertainment venue in the heart of downtown Nashville’s famed Lower Broadway, the very first location and expanded event space The Doghouse in Blake’s hometown of Tishomingo, Oklahoma and a newly-opened location in Gatlinburg, Tennessee. The company has announced an additional location opening in Orlando, Florida in 2020. Ole Red is owned and operated by Ryman Hospitality Properties, Inc. as part of its Opry Entertainment division. For additional information about Ole Red, visit us online at olered.com.