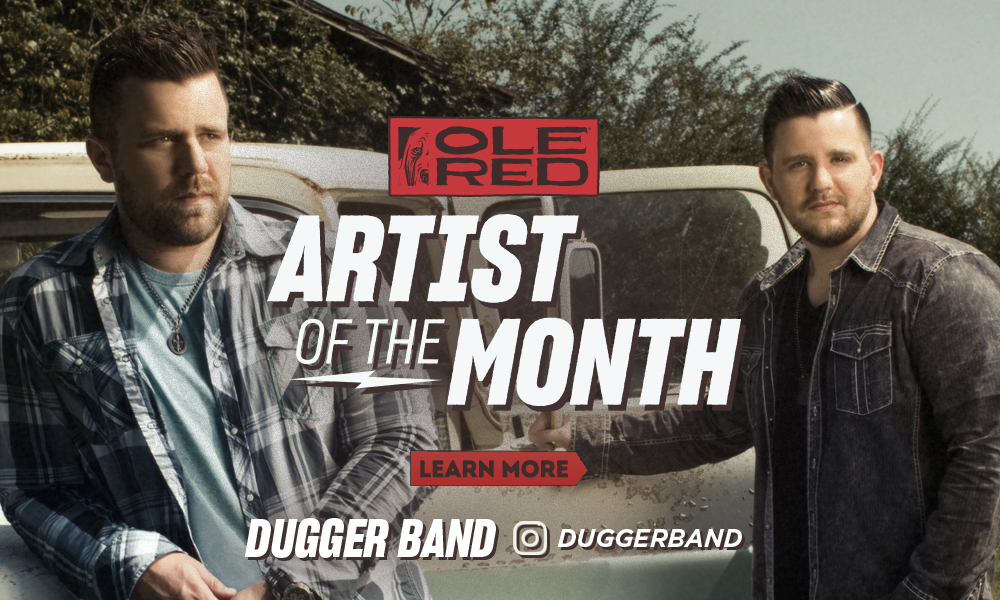 Brothers Jordan and Seth Dugger hail from the Great Smoky Mountains neighboring the birthplaces of Dolly Parton and Kenny Chesney.

Jordan and Seth, who are both songwriters and multi-instrumentalists, made their debut at country radio with the original tune “East Tennessee Son” (Sept. 2017) from their sophomore CD project by the same name (Feb. 2018). They celebrated a television world-premiere in August with the music video “For The Girl” which debuted on “Country Fix” (The Country Network/ August 2018). Their latest single “3-2-1 Kiss Me” (June 2019) has already become their most streamed song of all time. The track is the first release from their upcoming album which will be available January 3, 2019.

Catch the Dugger Brothers at Ole Red Gatlinburg on your next visit!