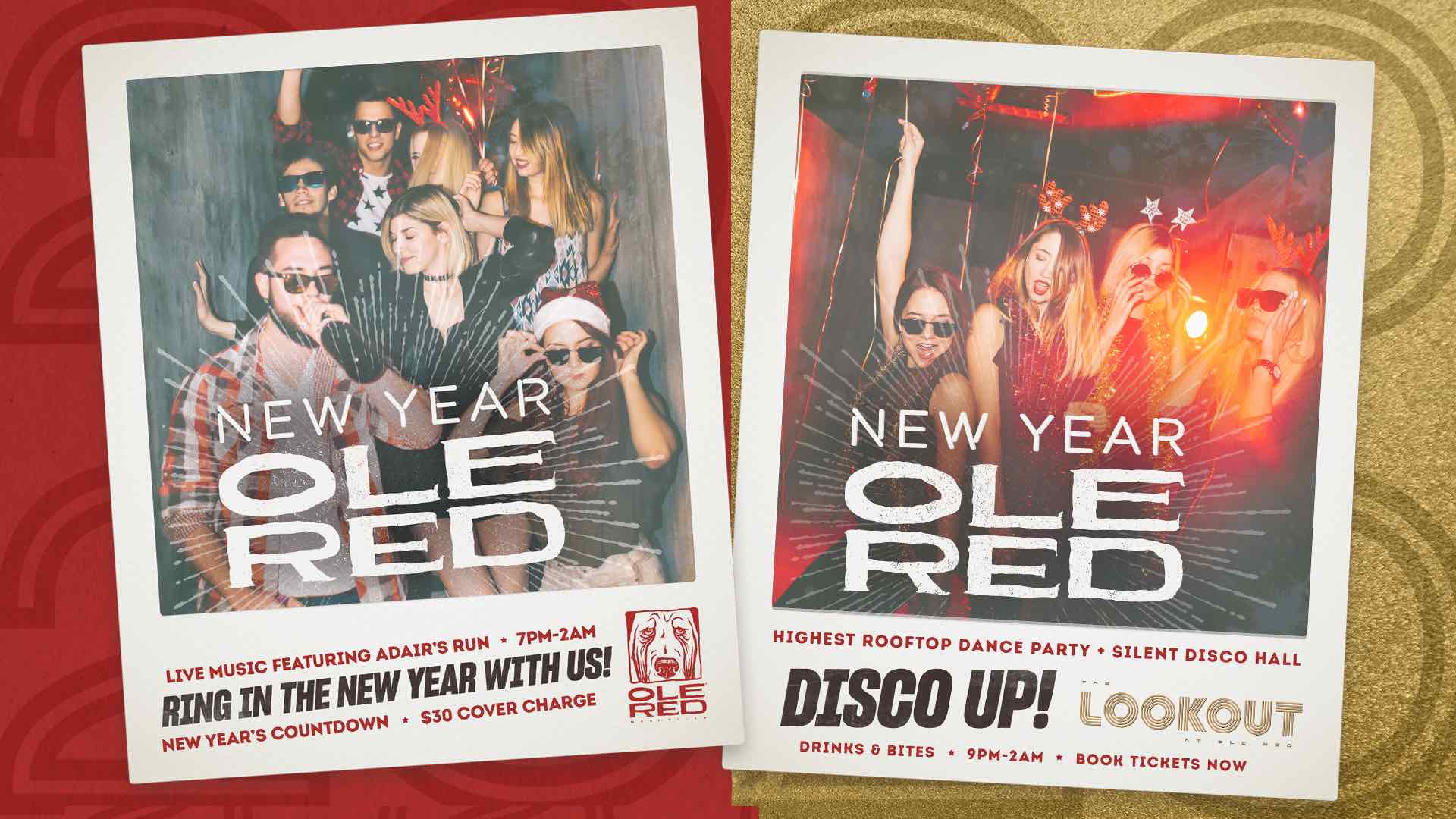 The biggest New Year’s Eve party is at Ole Red with two exclusive events at The Lookout and Ole Red’s honky tonk venue.
Get ready to throw down and plan your night below. 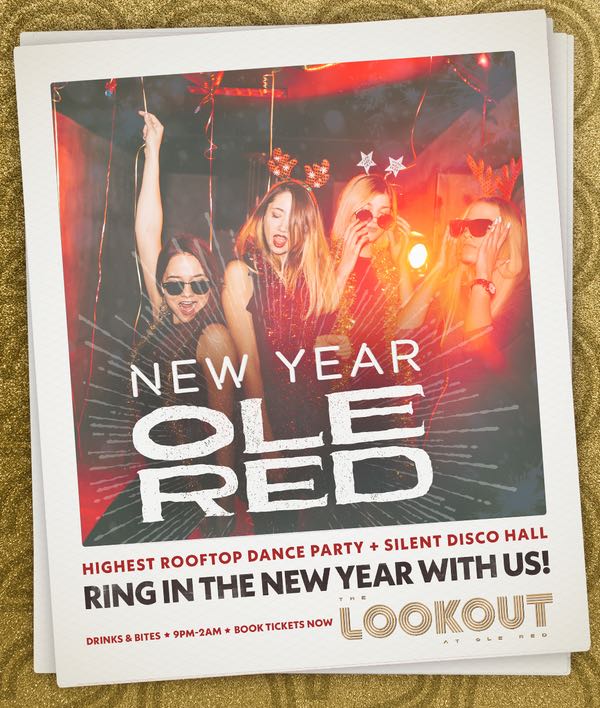 Ring in the New Year at Nashville’s biggest bash. Join us for this double event featuring The Lookout DJ Dance Party and The Hall’s Silent Disco.

Where: The Lookout & The Hall at Ole Red 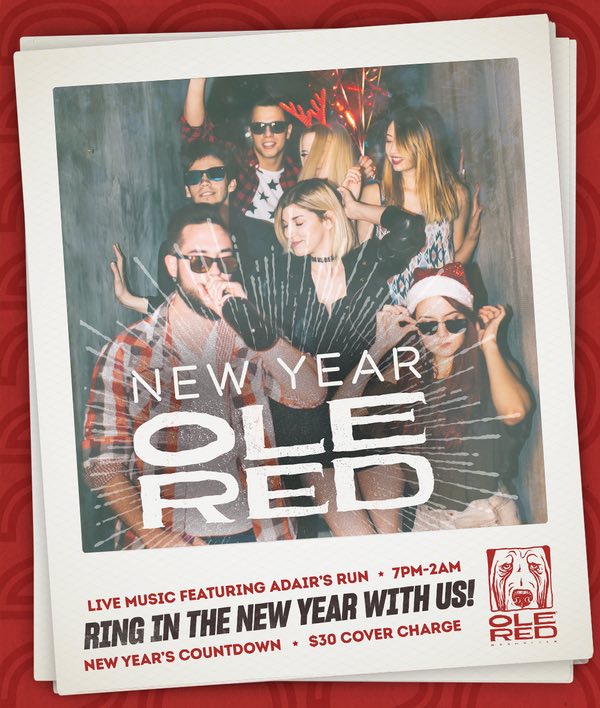 Get ready to throw down at the best honky tonk New Year’s bash in Nashville at Ole Red featuring live music downstairs and dinner on the mezzanine.

Where First and Second Floor Levels at Ole Red

What: Join us at Ole Red for music, dancing and drinking on the first floor with live music, featuring special performers Adair’s Run. Come early and grab dinner and drinks on our second floor balcony before!