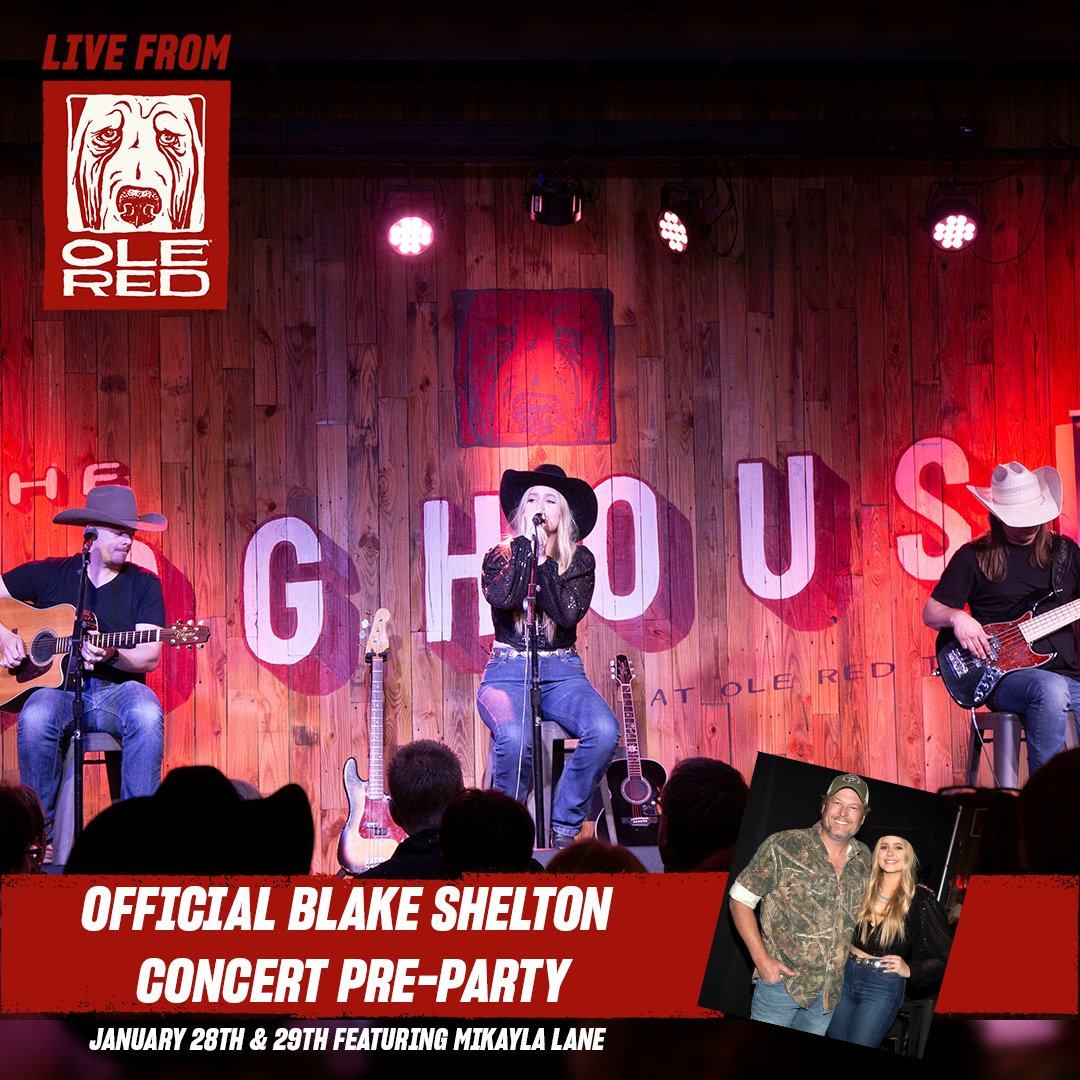 While the boss man may be down the road this Saturday, we’ll be partyin’ like Blake Shelton all weekend long featuring Mikayla Lane & more!

Bring your ticket stub from Blake Shelton’s show at Choctaw Casino and receive a special retail discount at Ole Red!

Sixteen-year-old Mikayla Lane is ambitious and driven–traits branded by her upbringing, lifestyle, personality and passions. With heart, vision and talent beyond her years, she knows what she wants and she is determined to chase her dream; her pursuit began early on. Mikayla was just 13 when she earned a spot on the Ole Red (Blake Shelton) talent roster, which originated in Shelton’s hometown of Tishomingo, OK and Mikayla’s home state. She has become a staple at the venue in Tishomingo and has appeared on the Ole Red stages in Nashville, Gatlinburg and Orlando. The country music startlet has become a “fan-favorite” at a variety of notable venues, including Cain’s Ballroom in Tulsa where she opened for Jon Wolfe. She is the venue’s youngest supporting act to date. The songstress has written and co-produced a catalog of original tunes. As a tween, Mikayla recorded and released her debut EP, ROOFTOP NIGHTS, and has since released seven studio recordings. She co-wrote and co-produced the single “Superman” (recorded in her bedroom and now approaching 80,000 streams); the corresponding music video (filmed in Tulsa, OK) premiered on CMT.com (October 2020). Mikayla also co-wrote and co-produced the single, “Drive” (released in January 2021); the track premiered in the Top 10 on the “New Music Nashville” Spotify playlist. In September 2021, Mikayla introduced her sophomore recording project, MILES FROM NOWHERE, featuring four originals that embrace her western lifestyle. In keeping with family tradition and their mutual passion for rodeo and the lifestyle, Mikayla was named as the official spokesperson for the nation’s largest youth rodeo, the “Vegas Tuffest Junior World Championship,” in 2021.