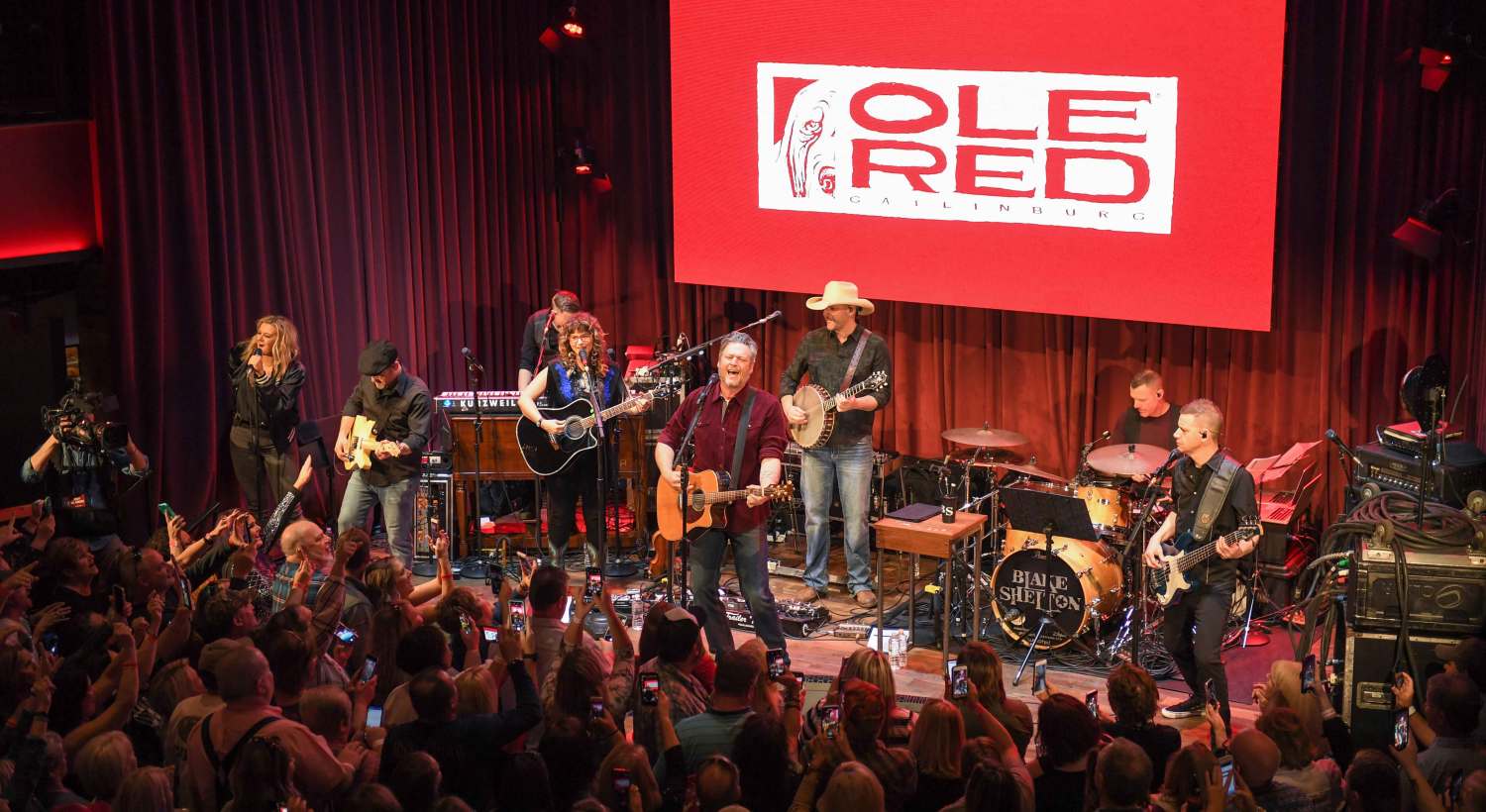 The grand opening celebrations began with a ribbon cutting and donation ceremony moderated by 650 AM WSM’s Bill Cody featuring Shelton and RHP CEO Colin Reed. Gatlinburg-Pittman High School was the recipient of a $54,214 donation to support music education in the local community. The funds were raised by Ole Red Gatlinburg auctioning 70 tickets to last night’s private Blake Shelton concert. The auction raised a grand total of $29,214 which combined with Ryman Hospitality Properties Foundation’s match of up to $25,000, brought the total to over $50,000 for Gatlinburg-Pittman High School’s music programs.

Following the ribbon cutting and donation ceremony, the festivities continued at Ole Red where Shelton officially christened the venue’s stage, performing his extensive catalog of hits for a packed house of over 500 fans.

Shelton opened the show with hit songs “Neon Light” and “All About Tonight,” the latter a fitting start to what proved to be an unforgettable evening of music and fun.

“I feel like this place already has good vibes, we have started this off right,” Shelton shared with the rowdy Wednesday night crowd. “This will always be embedded in the walls and all the cracks and crevices in here. This night, the way it all started…thank you all for being here and having this much energy…I love this so much!”

Shelton closed the two-hour set with a collection of his hits including “Austin,” “Honey Bee,” and “Boys Round Here” before returning for an encore of “Footloose” and “God Gave Me You.

Week-long “Spring Blake” fun for the can’t-miss new destination will continue with Blake-approved performances from former contestants on NBC’s “The Voice” from March 14 – 17.