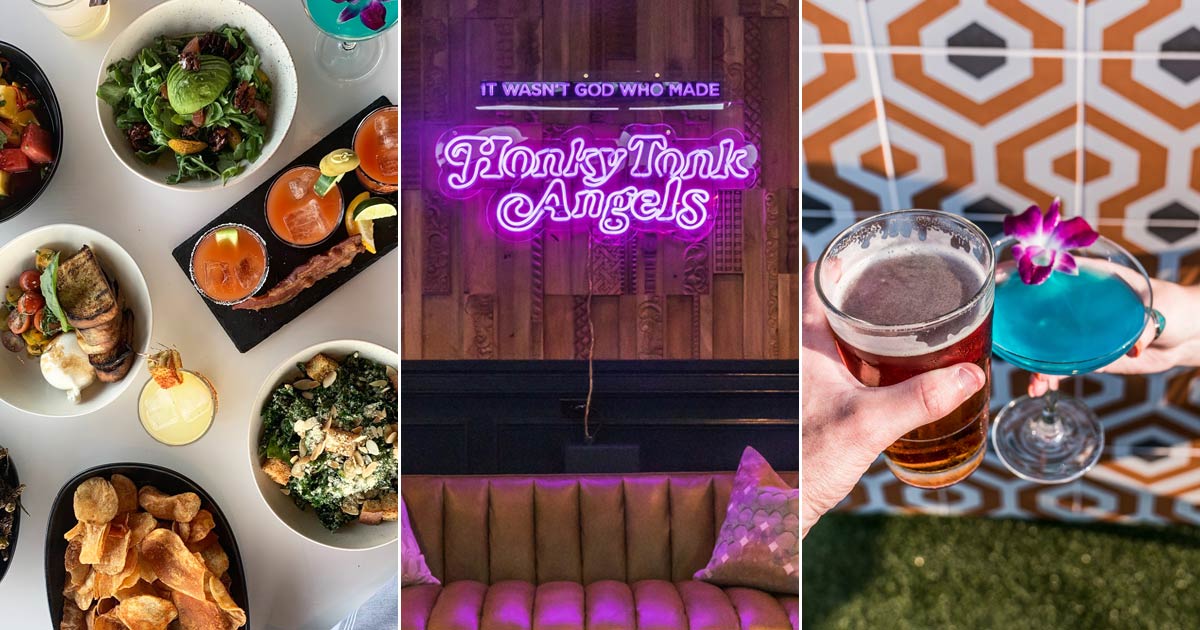 The vibes are on point.

We love the revelry and rhinestones of a wild Broadway night, but when you’re looking for an escape, we’ve got just the place. The Lookout at Ole Red is a hush-hush hideout that doubles as a secret clubhouse for some pretty cool Nashville VIPs. 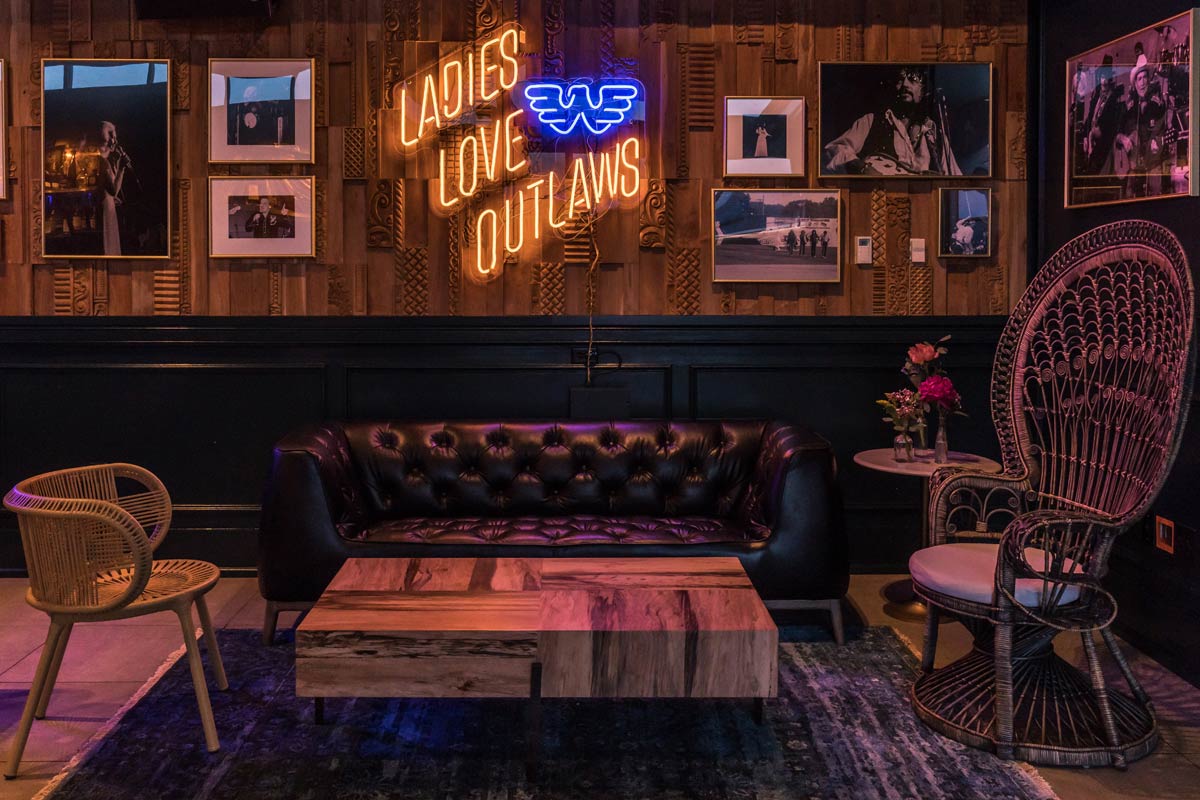 Put your feet up in our indoor-outdoor lounge where the neon glows hot. All honky-tonk angels welcome. As you sit back, we’ll spin some tunes with the help of a deep-cuts playlist that’ll keep you guessing all night long. After you’ve basked in the neon glow, catch your breath when you step out onto the rooftop patio (Nashville’s tallest!) and enjoy the twinkle of a Music City night. The stars are out just for you.

Drinks? We’ll have another round.

Breaker, breaker 10-90. We’ve got a mullet situation up in here. Yep, we said “10-90,” which is our code for Blake Shelton’s former hairstyle of choice: the mullet. You’ve got 10 percent of your hair in the front, and 90 percent of your hair in the back. 10-90. Mullet. Easy. Got it? You probably tried to forget your ’90s mullet phase, but we haven’t — and we serve up a reminder on the rocks with our 10-90 cocktail. The drink features subtly sweet Japanese whiskey, lime, agave, and Peychaud’s Bitters, which adds a tasteful flair with its notes of anise and mint. So, what’s this drink got to do with a mullet? Well, it comes with an attached photo of a mullet-sporting Blake Shelton. Thank us later. 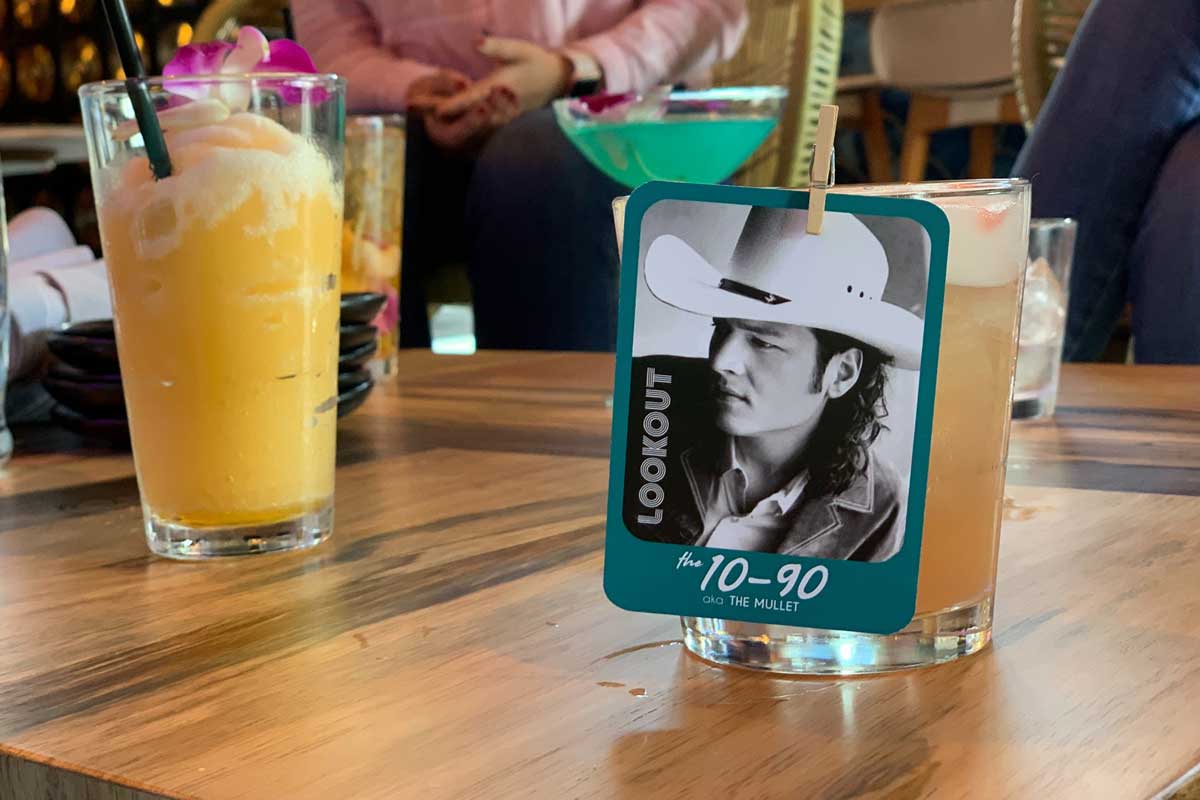 The 10-90 isn’t the only drink you’ll want to try at The Lookout. Whether you’re the bourbon type or a tequila devotee, wet your whistle with a fancy-pants cocktail that feels just a little bit dangerous — even if your version of danger looks like wearing a white shirt while eating our High-Class Nachos. Go on, make a few Bad Decisions and drink one, too. 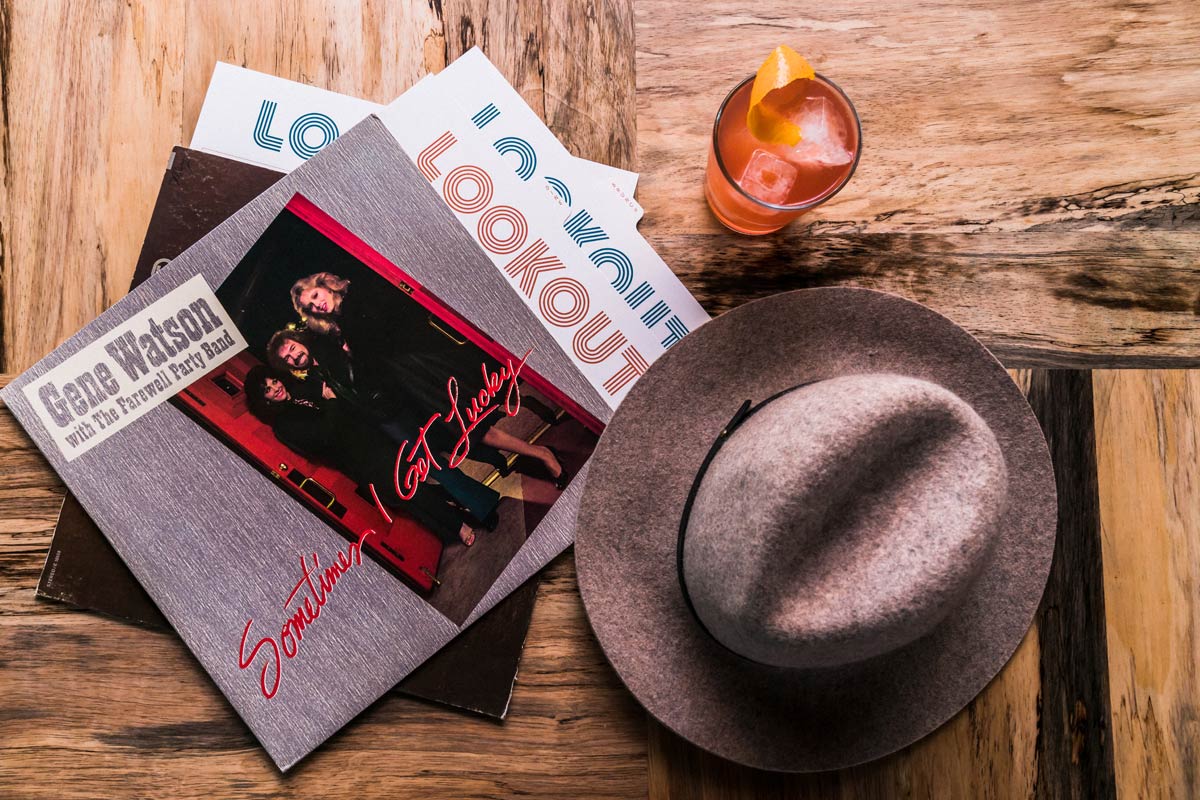 When it comes to our large-format drinks on the brunch menu, which we call Group Efforts, we recommend the buddy system. Resting Brunch Face? There’s a Group Effort for that, and it’s giving us major citrus vibes with its grapefruit and lime.

The Lookout is all about sharing — a good laugh, a secret, a kettle-cooked potato chip loaded with Jalapeño “Popper” Cheese Dip. Love can be shown in many different forms, and you’ll fall in love with our shareables menu. Blistered Shishito Peppers and Parmesan Ranch Fries might sound fancy, but one of their greatest virtues is their handheld portability — because the best snacks don’t require forks. Give our Taco Rods a spin and dip our Giant Bavarian Pretzel into Blake’s favorite “white cheese stuff” while you’re at it, too. 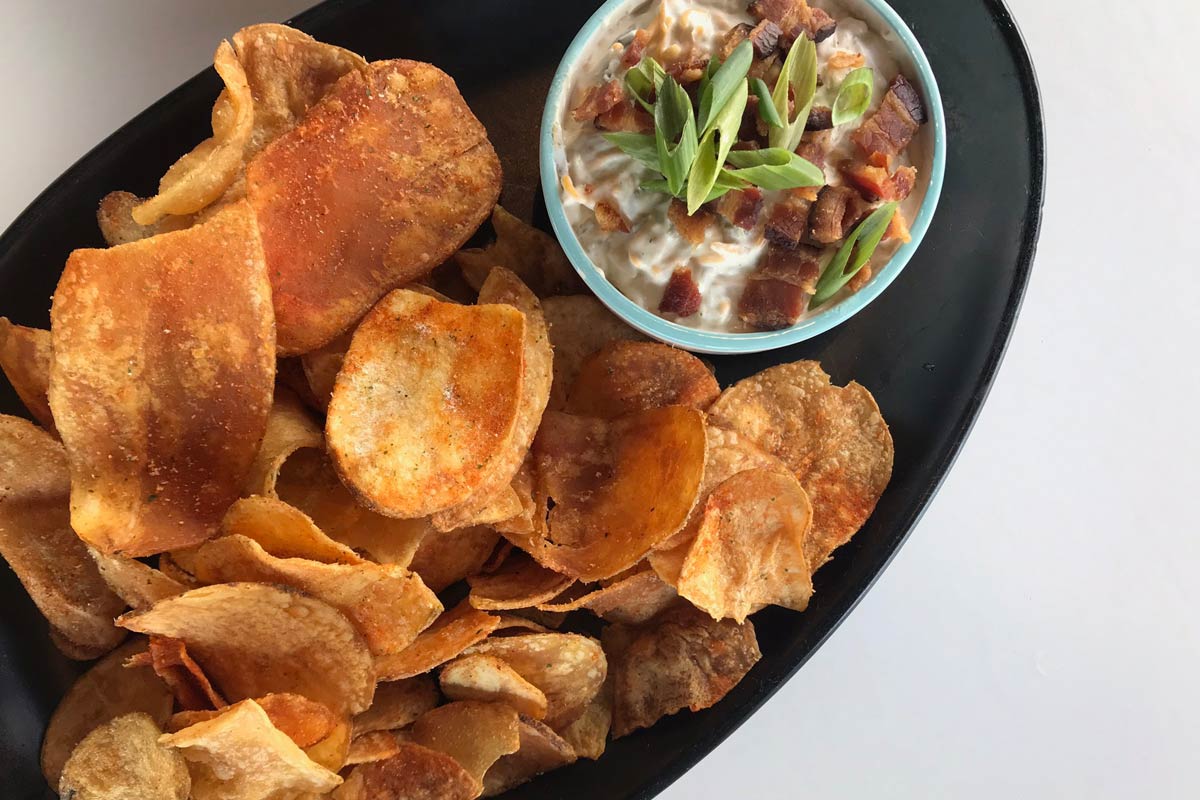 There are no regrets but the sweet variety at The Lookout, so save room for dessert. (Wo)man up and order the Woman Enough Whiskey Tiramisù. We ditched the Lady Fingers for Nilla wafers and soaked ’em real good in some 70-proof whiskey. Yeah, you’re gonna taste that.

After your late night on the town, come back and see us for brunch. Dig into our Hot Spiced Nashville Omelet or Blueberry French Toast Casserole. Wash it all down with an aforementioned Group Effort, the Triple Threat Bloody Mary Flight, or a mimosa that matches your mood. You’ll need some sustenance to power through your Broadway bender, so grab one of our scratch-made Gas Station Biscuits on the way out. (We won’t judge if you stick one in your purse for later.)

No matter how you’ve found yourself at The Lookout, come on up. You’re going to love what happens next.