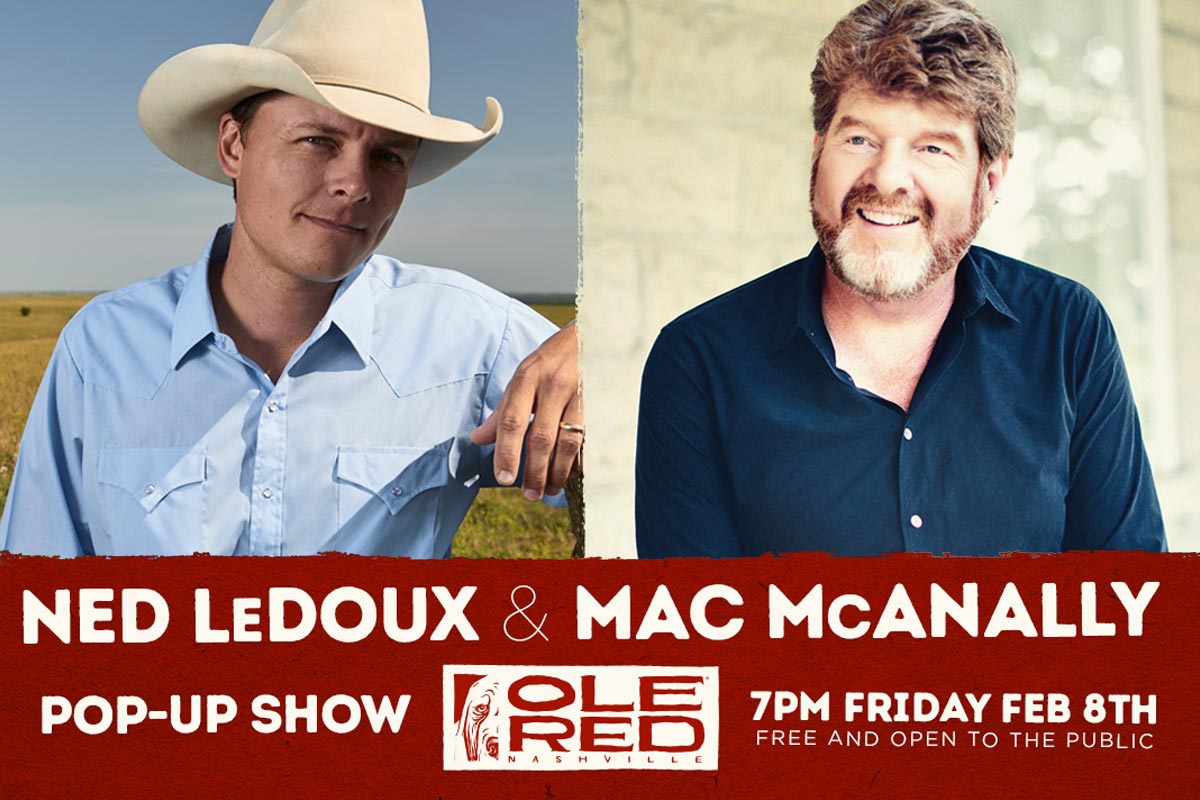 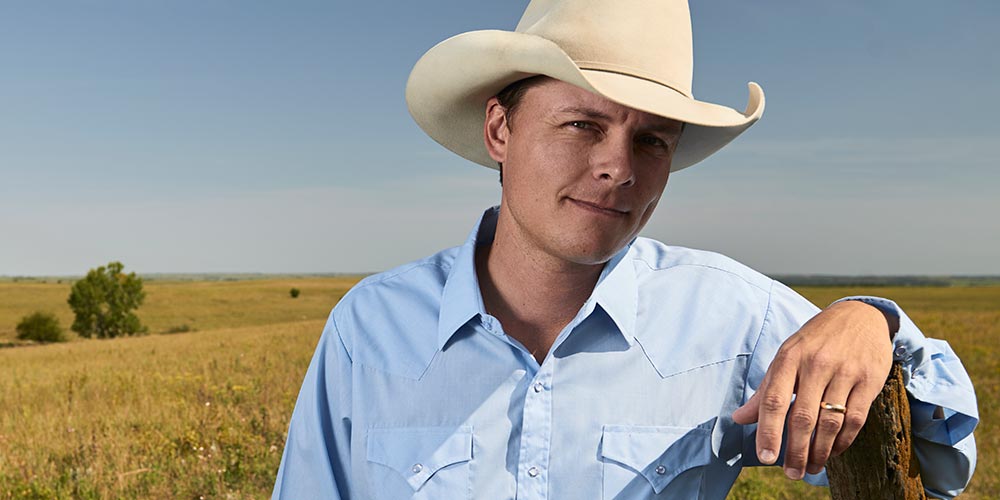 Ned LeDoux
In country music, a last name like LeDoux casts a big, storied and bittersweet shadow, but it’s one Ned LeDoux doesn’t mind standing in one bit. Having been a drummer in his dad Chris’ band Western Underground since 1998, Ned knew from an early age that he had “no plan b” but to play music, “Once I got the taste of the road, and being in front of a crowd and just the sound of it, it was…freedom.” When his dad passed away in 2005, Ned continued to tour with his father’s band to keep the musical spirit of Chris LeDoux alive.

For the last year, Ned has been steadily touring and opening for acts like Toby Keith, Garth Brooks, Aaron Watson, and Brothers Osborne.

On tour, you’re guaranteed to hear “This Cowboy’s Hat” the song most requested by his fans and a request Ned is honored to oblige. His personal favorite song to sing though is one called “We Ain’t Got It All.” It’s the first original song Ned co-wrote with his dad and seems to pick up right where Chris left off. 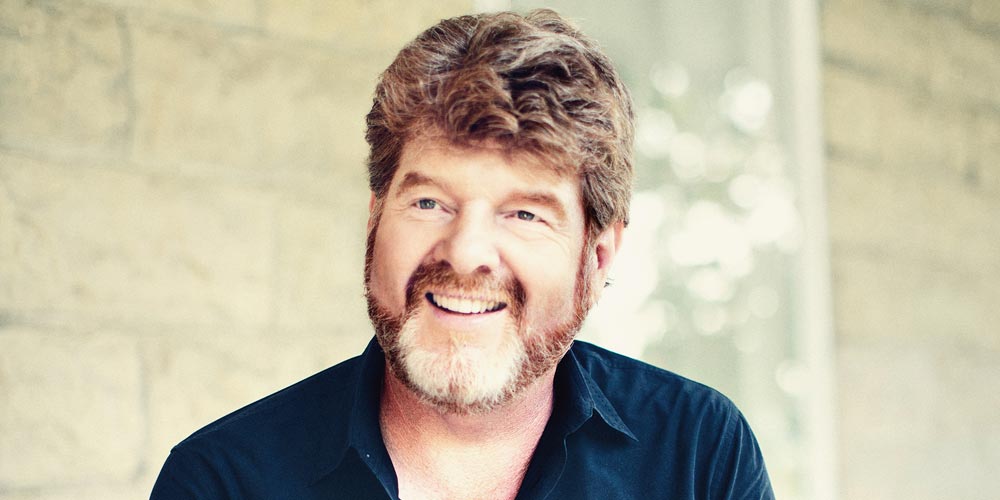 Mac McAnally
In some ways, award-winning songwriter, instrumentalist, producer and artist Mac McAnally is a paradox.

He is beyond dispute one of the most respected musicians of our time. His peers have made that clear by honoring him as CMA Musician of the Year for an unprecedented ten years, as well as electing him to the Nashville Songwriters Halls of Fame, the Mississippi Musicians Hall of Fame and the Alabama Music Hall of Fame.

Yet he is also one of the softest-spoken and self-effacing figures anywhere on the public stage. Despite decades of recording countless sessions, releasing solo albums, and writing a parade of hits that include No. 1 singles for Kenny Chesney, Alabama, Sawyer Brown, and Shenandoah, Mac seems a little uncomfortable in the spotlight. His reluctance to toot his own horn is a welcome anomaly these days – and that makes his accomplishments even more impressive.

Southbound is Mac’s 16th album. It’s packed with a generous selection of 16 of his songs arranged for symphony orchestra recorded with the FestivalSouth orchestra conducted by Jay Dean and a rhythm section that includes Mac’s colleagues in Jimmy Buffett’s Coral Reefer Band.

The album is not merely a showcase of Mac’s writing, instrumental skills, and expressive vocals. It is also a fundraiser for several worthy causes that speak personally to him: Extra Table, which brings food to the hungry in Mississippi, and the University of Southern Mississippi’s music program. One hundred percent of the artist and producer proceeds will go to these two organizations.

“For every dollar that Extra Table gets,” Mac says, “Robert St. John buys and distributes two dollars worth of food directly to kids who need it most.”