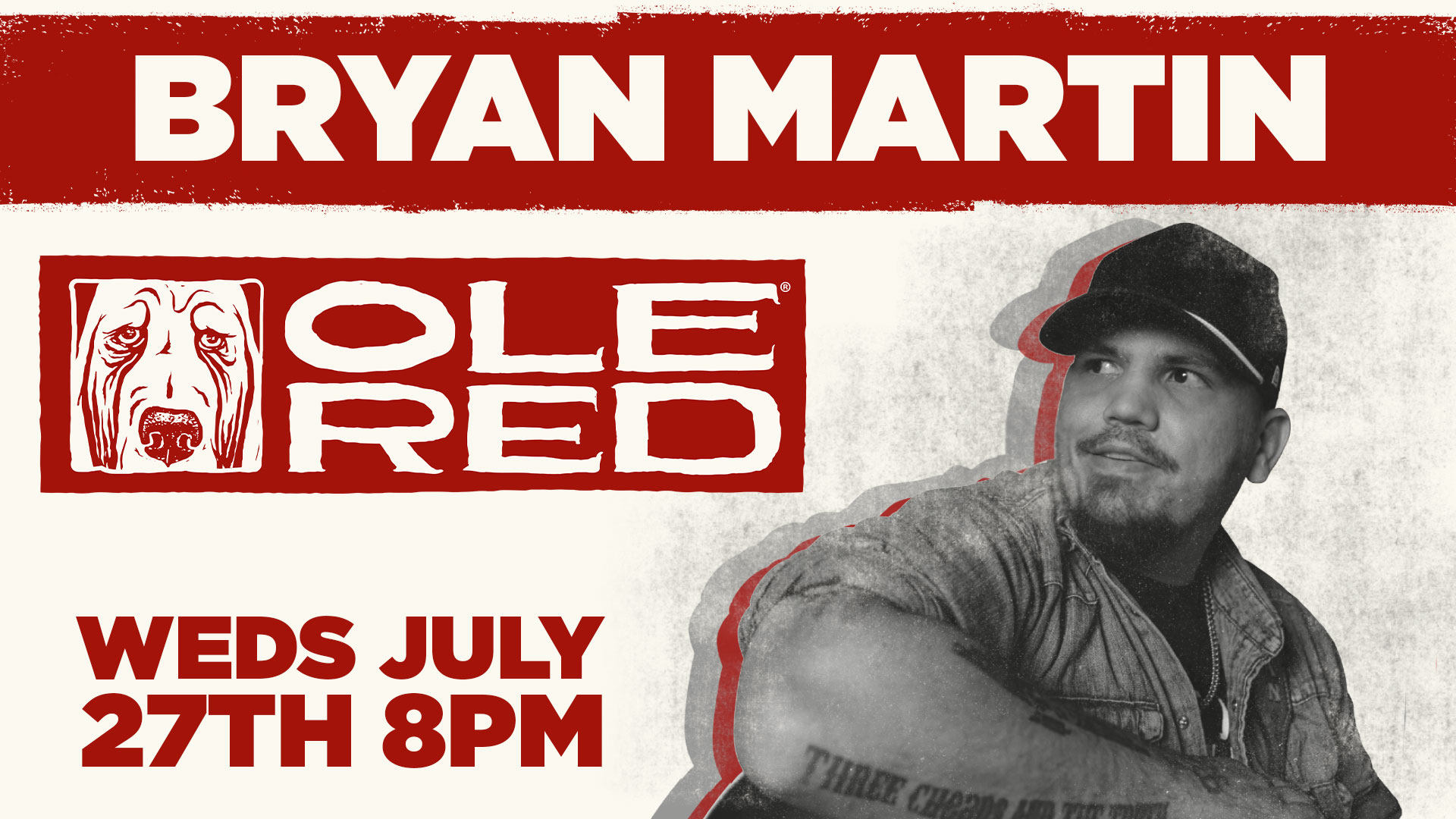 With a blue-collar, everyday working-class background, Bryan Martin lives the stories he writes. Those real-life emotions and experiences expressed in song unquestionably resonate with audiences because the two are one and the same. His sophomore full-length album, Self Inflicted Scars, was released on April 29 with Average Joes Entertainment.

“Songwriting has always just been a hobby – a passion,” says Bryan who is celebrating the success of one of the album’s singles, “Beauty In The Struggle,” which went viral on TikTok — garnering millions of views and over 17 million streams on Spotify alone. The song quickly hit the radar of music industry executives and tastemakers alike. “I started this for fun, but now I’m doing what I love for a living,” Bryan adds. After the release of Martin’s album, Self Inflicted Scars, he has accumulated over 40 million streams on Spotify and over 21 million streams on Apple Music.

“It’s something I don’t think I could have ever dreamed of,” says Bryan about the song’s success. “I was at my lowest when I wrote it and I think somehow the pain I was feeling found its way into the listeners ears. Hopefully it healed them in the same way it healed me. It’s been life changing and overwhelming at times…but I couldn’t be more grateful to be finally catching a dream that was always just out of reach.”

From the oil fields in Louisiana where he was a “roughneck” on the rigs, to pursuing his hobby of writing songs and learning to play guitar, this self-taught musician/songwriter is quickly becoming recognized as one of country music’s emerging new talents.

“Self Inflicted Scars — just the name may send you wandering, as it should,” says Bryan about the title of this new 12-song collection. “I’ve seen the deepest, darkest days and every time I’ve hit rock bottom I learned more about myself and life…mainly that I had no one else to blame but me, hence ‘Self Inflicted Scars.’ Through the album you’ll go on the same roller coaster I’ve been on; moving through love, heartbreak, self-destruction and redemption.”
Music was part of Bryan’s upbringing from an early age. His mother — who sang with such traditional country artists as Faron Young, Allison Krauss, and David Houston — recognized his talent at age six. By the time he was eight, Bryan started singing at local festivals and fairs. As a teenager in high school, he stepped away from music to focus on working after school and summer jobs. He’d write songs on the side “for fun.”

Martin hopes to be the greatest that he can be with the talent that he’s been given and strives to work harder than the next guy. He lives by the best advice he ever received – “Don’t let your head outrun your feet… follow your heart and stay true to your roots.”