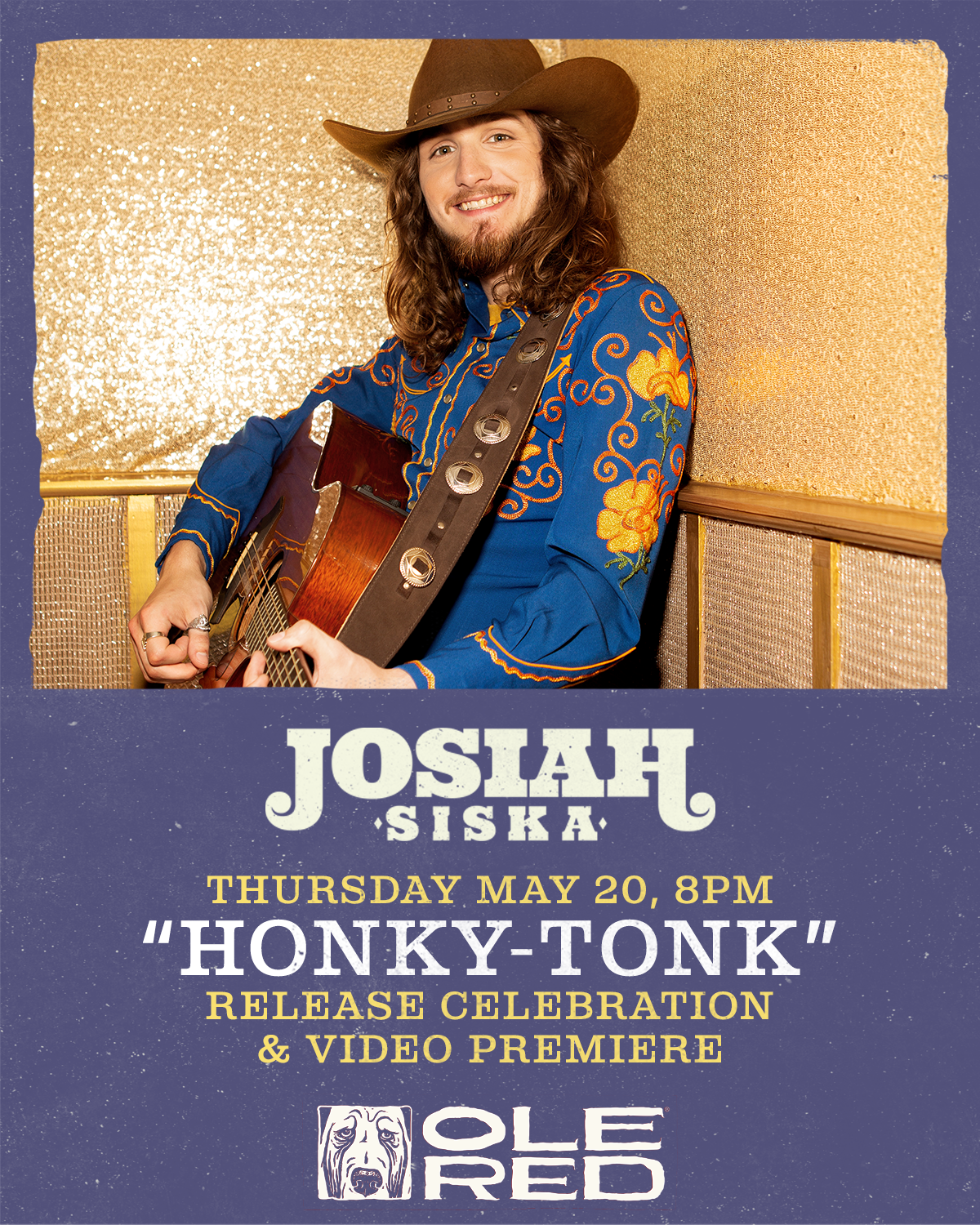 “Honky-Tonk” release celebration and video premiere at Ole Red Nashville on Thursday, May 20

What: Music City is known for its Honky Tonks on lower Broadway and Country Music artist/songwriter Josiah Siska is celebrating the release of his new single “Honky-Tonk” a day early by playing it live and premiering the official music video for the song at Ole Red Nashville this Thursday ahead of its 5/21 digital release.

Who: We’ve all seen the bumper stickers that say, “Honk if you love Jesus,” but Black River recording artist Josiah Siska has a few more to add to the list with his rowdy, new party song, “Honky-Tonk.” He sings, “Honk if you love Elvis, Honk if you love Jack, Honk if you’re a redneck and you’re proud as hell of that,” inviting listeners to “Come on and honky-tonk.” Whether you have a socially distant backyard honky-tonk at home, or you’re visiting Music City in Nashville, TN, Josiah Siska’s new song “Honky-Tonk” will set the mood as listeners tip back a longneck bottle and enjoy a wild night out, or in.

Written by Josiah Siska, Doug Johnson and Adam Wood, and produced by Doug Johnson and Mark Miller, “Honky-Tonk” is the follow up to his recent release, “To Get a Girl” which has streamed more than 215k times since its March 2021 release.

Black River Entertainment artist/songwriter Josiah Siska was introduced to the Black River family by his music mentor Mark Miller (Sawyer Brown/music producer/Black River), whom he met in 2017. The Georgia native and self-proclaimed “Rhinestone Redneck” plays electric, acoustic and classical guitar, banjo, and piano. In October 2017, Siska came to Black River to perform for the staff at the entertainment company’s performance space, The Deck. During his set, Black River presented Siska a cake emblazoned with the words “Welcome to the Family,” announcing the forthcoming recording and publishing deal. Siska worked with Miller for two years before Miller made the introduction. Siska’s work ethic and passion for music were evident to the BRE team from the moment they met him. Siska’s debut release “World Gone Mad” came out in Sept of 2020 and was followed up by “To Get a Girl” in March of this year. On May 20th, Siska marks the release of his new song “Honky-Tonk” with a release celebration and video premiere on Broadway at Ole Red. For more information, follow Josiah Siska on Instagram, Facebook, Twitter, YouTube, and TikTok.