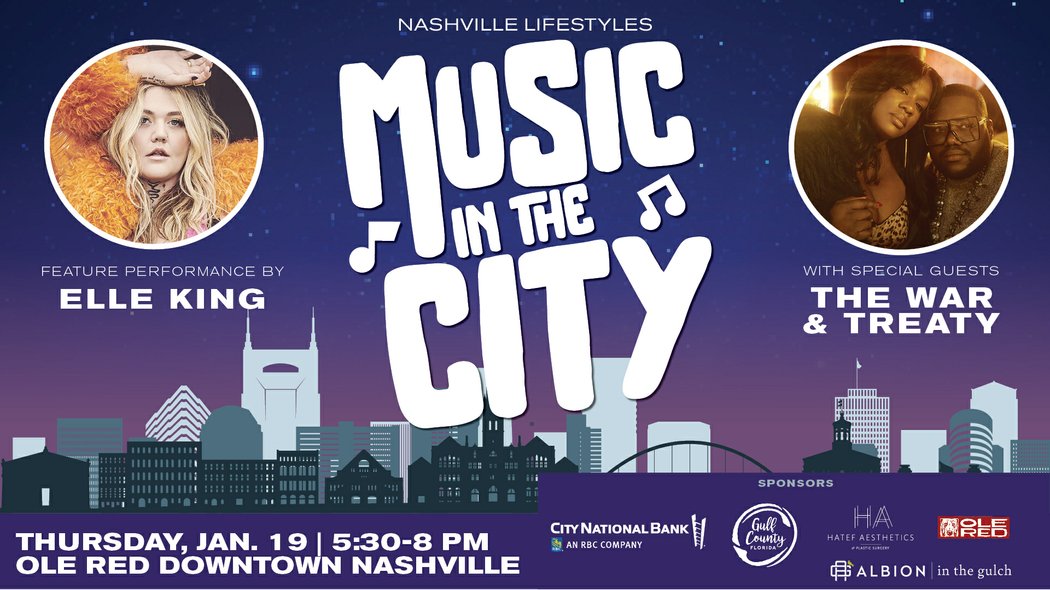 Join us for Music in the City, a ticketed event hosted by Nashville Lifestyles, on January 19 at Ole Red from 5:30 to 8 p.m. for an intimate evening of live music with Elle King, plus special performances by The War And Treaty, and more!

Hear tracks from the singer-songwriter’s upcoming album, Come Get Your Wife, set to be released at the end of January, along with some of her smash hits.