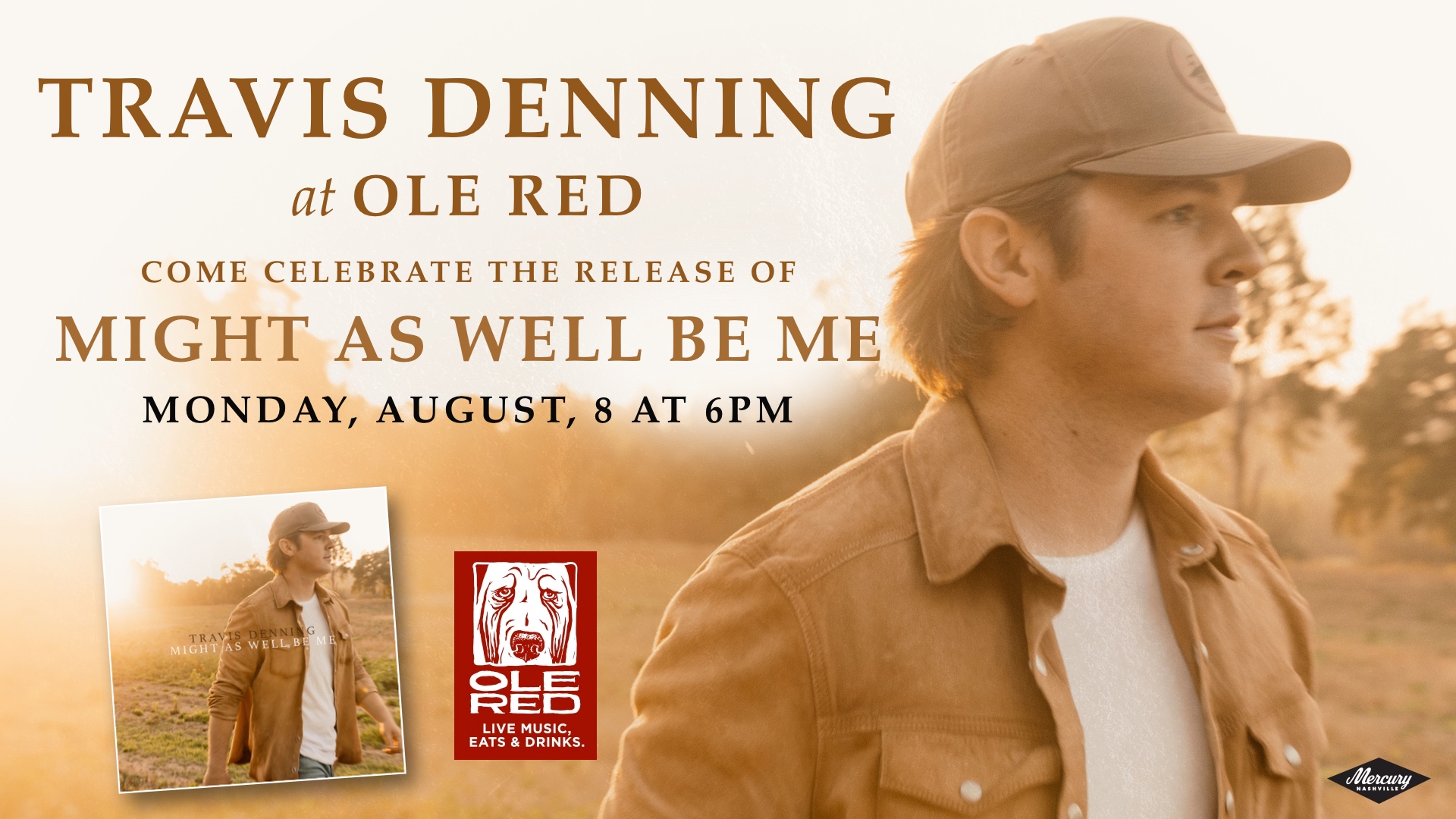 Travis Denning, a member of Opry NextStage, CMA KixStart Artist and one of the CRS New Faces with over 640 million streams worldwide, invites you to celebrate the release of “Might As Well Be Me” on Monday, August 8th at Ole Red Nashville!

With his Platinum-certified Number One “After a Few,” plus hits like “David Ashley Parker From Powder Springs” and “ABBY,” Mercury Nashville recording artist Travis Denning has made that crucial first impression with country fans – and he’s done with a twist of personality that’s all him.

From guitar slinging, heart-thumping drinking songs, to the genre’s only fake ID anthem and a breakup singalong, his mischievous streak has led to over 640 million global streams and extended to the stage, where’s he’s earned a rep for going harder than most. But with his third EP, Might As Well Be Me, Denning’s digging deeper.

The Georgia native calls himself “a guitar player raised on Southern Rock, who likes to drink two Jack and Cokes and pretend he’s in Pantera.” Denning is a live-show force of nature, blowing out speakers and leading crowds to power-chord paradise every night. Now that easing COVID-19 restrictions have sent him back to his old tricks, Might As Well Be Me, his new EP out August 5, is crafted for the experience. It’s just that he’s in a different place, now almost 30 and about to get married.

“Last year was all about thankfulness and being glad to have any live shows at all,” Denning says, explaining the drive behind a new creative chapter. “This time a lot of that is behind us, and it’s like ‘Alright, let’s get to work and kick some teeth in.’” But there’s a lot of things changing …

“I’m getting married next year – so the inspiration from where we are, how happy I am and the life we’re building together all rubs off,” he goes on. “But overall, I wanted this EP to feel like a setlist. And I wanted it to be a no skipper.”

Admittedly, that’s a change of pace from Denning’s last project, Dirt Road Down, which he says was geared more toward the realities of the pandemic. Just like that one was built to translate through a car stereo, Might As Well Be Me is made for the stage, with six songs co-produced by longtime collaborator Jeremy Stover and Paul DiGiovanni.