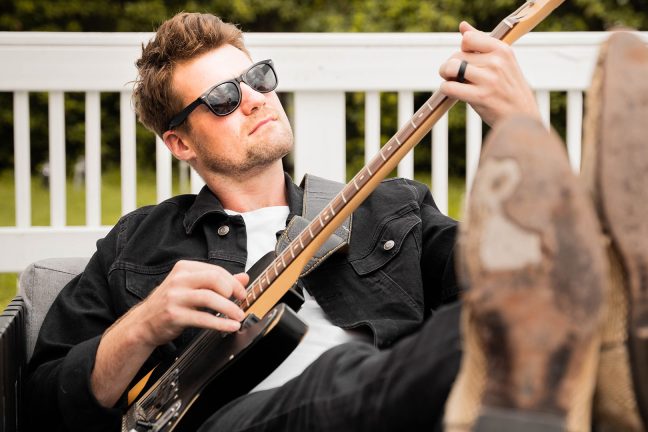 This talented singer, songwriter & guitar slinger from the small town of Branford, Florida has been listening and studying the architects of country music since he was a child. It all started when he would play six nights a week in a band with his two brothers and father. By doing this he honed in his talent and became the artist he is today.

Justin Lee Partin was influenced by many, but just a few Artists such as Keith Whitley, Mark Wills, Vince Gill, Waylon Jennings, Tom Petty and Keith Urban really stuck out to him. From the time he picked up a guitar he was taught to play by his Dad, who also introduced songwriting to him, by saying “If you want to be anything in this business you need to write your own songs’’. Justin took that to heart and now has penned over 500 songs.

Justin Lee Partin rolled into Nashville to perform at the world famous Tootsies on Broadway then secured a performance residency at Nashville’s Honky Tonk Central when he was only 21 years old. His talent and the opportunities that came from performing in Music City has led Justin to co-writing with hit songwriters and opening shows for artists such as Craig Campbell, Justin Moore, Brantley Gilbert, Travis Tritt and Dustin Lynch.

As time went on, Justin started to pick up an interest in the creative side of the music production world, by co-producing and performing lead guitar on his current single “Redeye,” written by Taylor Phillips (“Hurricane” by Luke Combs) and Matt Roy (“Done” by Chris Janson). He has been able to channel the music of the great artists who influenced him and he has honed it into his own distinct style. Justin is now living in Music City focused on perfecting his craft in writing and creating his own sound.