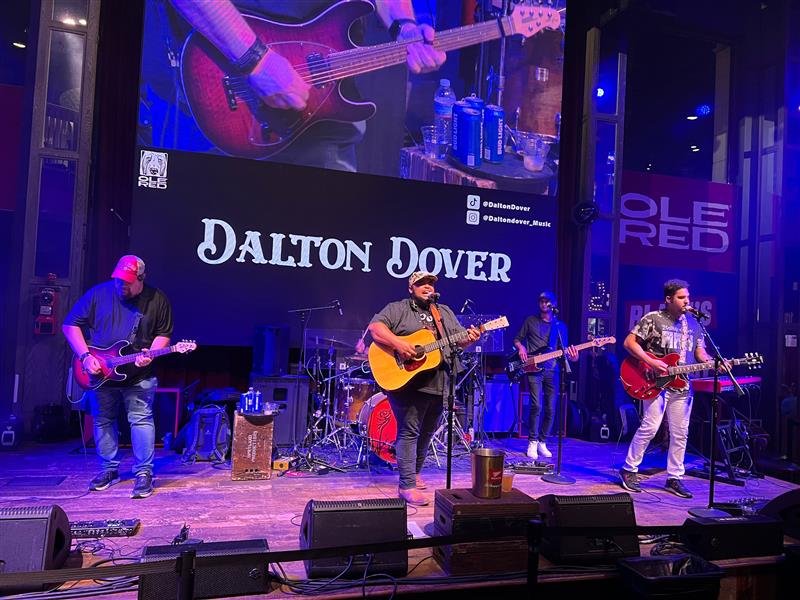 Every once in a while at Ole Red, Blake Shelton likes to call and chat. On Tuesday, he called into Nashville to offer a very special invitation to former Team Blake contestant Dalton Dover during his summer Ole Red-sidency.

“I wanted to know what you’re doing on December the third,” Shelton said on video chat. “Do you have plans?”

“Cool, because we’d like to have you come perform at the Grand Ole Opry,” Blake said.

The audience, there to see Dover perform, cheered as he bowed his head on stage and wiped away tears. Shelton told Dover if he had holiday plans it was okay, but Dover responded, “I’ll be there, I promise.”

On the Red Phone (Ole Red’s direct line to the boss man himself), Shelton told Dover that receiving an invitation to perform on the Opry is one of the ultimate awards he has received throughout his decades-long, award-winning career.

This month, Dover has put on a series of shows at three different Ole Red locations for the first ever Ole Red-sidency. With new releases like “Baby I Am” and “You Got A Small Town,” the former Voice contestant has over ten million streams on Spotify and was named one of Billboard’s Country Rookies of the Month this year.  Dover will make his Opry debut on Dec. 3. You can get tickets here.