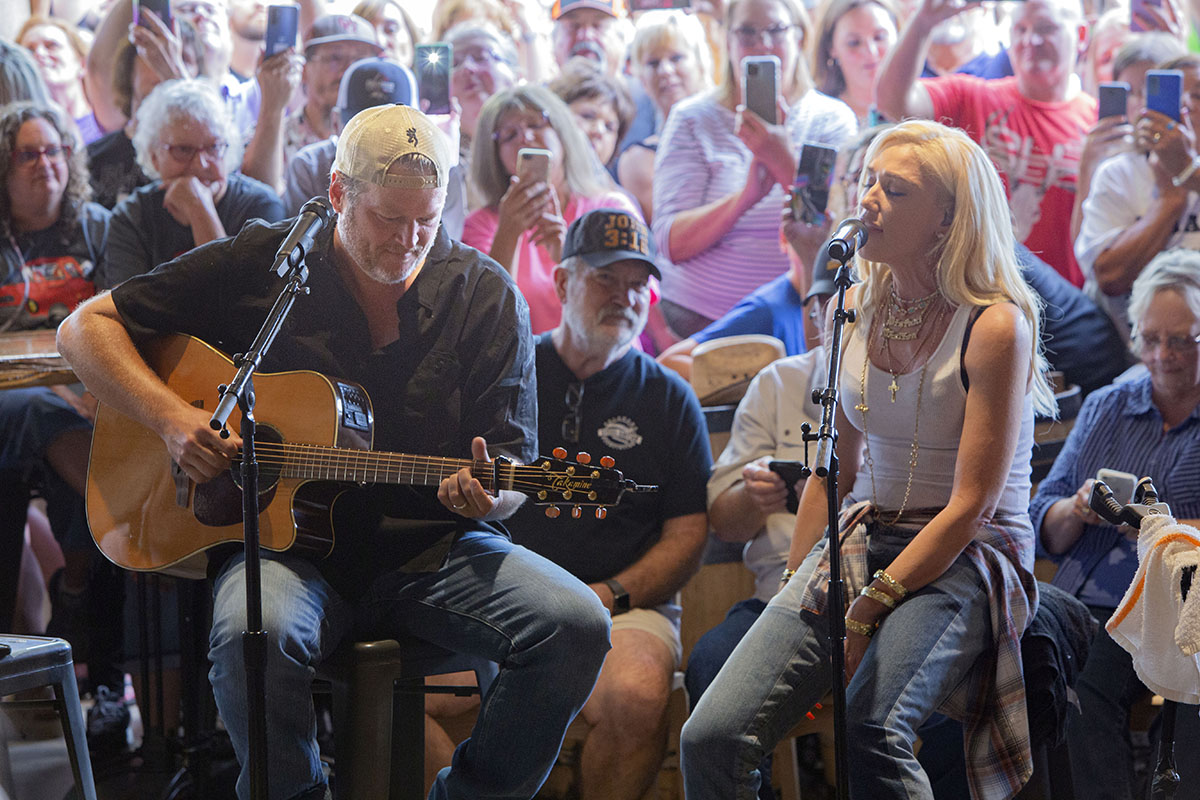 We don’t get any more excited than we get to have the boss man, Blake Shelton, show up to play at Ole Red. And he never disappoints. On July 15th, Blake surprised fans with an announcement that he would be popping in to do a free rehearsal concert for his upcoming 2021 Friends & Heroes Tour, and then he surprised us again when joined us for another rehearsal session the next day, July 16th.

There was no shortage of excitement as fans lined up outside Ole Red Tish, while some drove 8 hours to join the fun. Blake didn’t promise a full production show, but did promise fans would be able to hear him play and get ready for his tour later this year. That’s what Ole Red is all about: good music, fun, food and drinks… and Blake whenever we can get him.

Fans weren’t disappointed when Blake appeared and played for the crowd, and when new wife, Gwen Stefani, joined him for a song or two it was just icing on the Ole Red cake. This was their first public performance as a married couple… swoon!

We all know Blake loves spending time with his fans, so of course he took time during the rehearsal to hang out and sign some memorabilia on Friday, July 16. The Doghouse at Ole Red Tish is a special place to hear music, we recommend it to everyone.

Thanks for coming in, Blake. We can’t wait to see you again soon. Don’t forget at Ole Red all you have to do is come in… because the party is already here. Just show up. You’re gonna love what happens next.